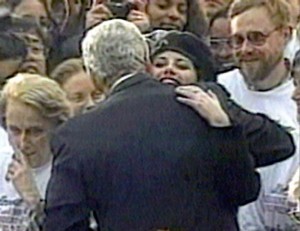 Now Newt knew the Senate would never convict the President since this little tryst with the young Monica was not going to meet the standard required for Impeachment. The American people in poll after poll said they didn’t want the man Impeached and wanted this humiliating nonsense to cease and desist. But the House of Representatives eventually did Impeach President Clinton.

Now you may be saying, “Dude, that was like ancient history man. That was like before any of us even had blogs. How could that make Newt the Dick of the Day?” Good question and that’s why I like you people. You’re sharp. Here’s the skinny (well, skinny and Newt don’t really go together so we’ll use scoop):

Newt has his eye on a Presidential run in 2012. He has a few skeletons making a racket in his closet so he’s decided to come out with them. Turns out that while Newt and his gang of merry men were pursuing Bill with torches and pitchforks for mingling with an intern, Newt was doing some mingling of his own! He was having his own little affair, while his wife was fighting cancer no less. He now admits it as an error in judgment, but maintains this in no way resembles what the President was doing because Newt didn’t lie about it. What a Dick! Not only that, but he also admitted to having an affair on his second wife too! Man, that slays me!

So there you have it friends. Today’s Dick of the Day; Newt Gingrich. 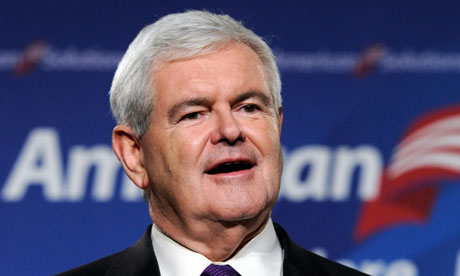