The GOP Candidates for President Part IV: Who?

Every election cycle brings out candidates for President of the United States that are off the beaten path. These folks don’t generally get too far in the primary process, but you’ve got to admire their willingness to give it the old college try. In order of their declaration to run, here are the candidates for the Republican Party nomination for President of the United States.

Gary Johnson. Gary is a well-known and successful businessman in New Mexico who was Governor of the state for two terms where he earned the nickname Governor Veto.  He vetoed more bills than the other 49 Governors combined! He is also an Ironman Triathlete so as President, you can expect him to spend most of his time swimming, cycling and running.  This will leave him very little time to read any of the legislation that he will veto.

Fred Karger. Fred is the first openly gay Presidential candidate in history. He’s a gay rights activist and his organization Californians Against Hate has investigated the Mormons and their campaign to repeal gay marriage acts. Yes, he’s running as a Republican candidate for President. All right then, moving on. 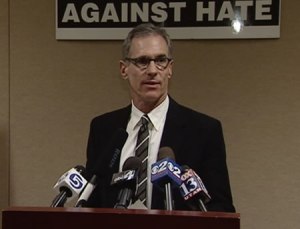 Andy Martin. Andy is the first of the “perennial candidates” for office in this preview of candidates. That means he runs for office all the time and never wins anything. His most recent public policy positions have been that President Obama is a secret Muslim, and that his father is not Barack Obama, Sr. but Frank Davis. He has sued the state of Hawaii to get them to release President Obama’s long form birth certificate, even though Hawaii keeps the long form and only allows the individual to obtain a copy. 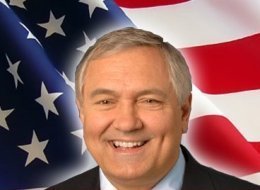 Jimmy McMillan. Jimmy is another “perennial candidate” who also has his own political party: Rent is too Damn High Party. He’s a Democrat, but didn’t want to run in a primary against the President, so he registered as a Republican.

Ole Savior. Ole is also a “perennial candidate” who when running for Governor of Minnesota had an Elvis impersonator as his running mate. Ole has been very critical of the media who he claims have marginalized him as a candidate for office.

There you have them folks. As of today’s date, these are the only formally declared and registered candidates for the Republican Party’s Presidential nomination for 2012.