Christmas gets all the press in the United States, perhaps understandably so since Christians are the predominant religious affiliation for Americans, and it has also developed a decidedly secular feel over the years, what with Santa Claus and office Christmas parties and so forth. Judaism is a minority religion in the US and let’s face it, globally it’s not competing well at all with its monotheistic relatives, Christianity and Islam, so Hanukkah gets short-changed in the holiday hoopla. Most people might know it’s eight days long, and involves a Menorah and the kids playing dreidel, but that’s probably the extent of the familiarity and the interest. For a closer look, read on.

First, let’s dispense with the silliness: there was no magical lighter fluid that burned for eight days. That is a myth, a legend, and a fairly boring and uninspiring one at that. What Jews are celebrating is a victory by Jewish rebels over Greeks who had prohibited traditional Judaism and converted the temple in Jerusalem to honor Zeus. Hellenistic Judaism was taking hold as Jews were adopting a more Greek-influenced philosophy and lifestyle until the exiled rebels attacked. Using guerrilla tactics, the traditional Jews ultimately retook the Temple and restored the rituals and customs of the Torah. The Hanukkah celebration is specifically designed around the re-dedication of the temple, where the conquering rebels had only enough oil to last one day, but miraculously, it lasted eight, allowing more oil to be obtained. 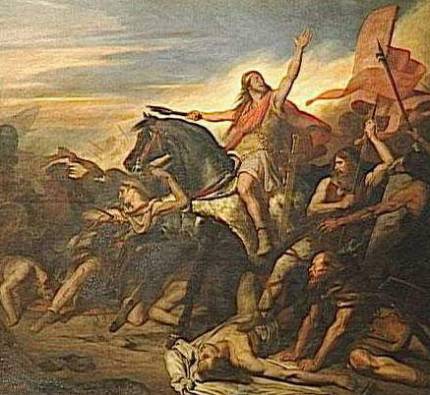 What gets lost in the discussion around this admittedly minor holiday for the Jewish faithful is what might have been had the rebels been unsuccessful in restoring traditional Judaism. The ritualistic slicing off of penile skin would have ended, along with the animal sacrifices and ridiculous prohibitions on food, sex and shaving, along with the endorsement of slavery and misogyny that is contained in the Torah. It’s possible that the Hellenistic Jews would have continued in the Athenian tradition of philosophy, art and literature and left the mythical, revealed religion of Moses behind. Without traditional Judaism, the world may never have known Christianity or Islam, the other Abrahamic monotheistic faiths that came later.

Ask yourselves if the world would have been better off without the influence of the three Abrahamic religions over the last 2,000 years. The Crusades, the Inquisition, the Witch-Hunts, the endless Arab-Israeli conflicts, the Protestant v Catholic terrorism in Ireland, the Muslim on Muslim violence over whether Sunni or Shia are the true successors of Muhammad. The chronicles of religious atrocity read like a horror novel, although sadly they are fact and not fiction.

I’ll submit for your consideration that the celebration of a tribal civil war which reinstated the mythical tales of Bronze Age goat herders over the philosophy, science, mathematics and skepticism that were prominent in the Hellenistic schools of thought is nothing to get your dreidel in a spin over.