The relentless march to the right by the Republican Party has allowed candidates like Rick Perry and Rick Santorum to make a semi-serious run for the Party’s nomination for President. Newt Gingrich is certainly running as a far right candidate as well, although his history betrays him as someone not wholly committed to that place in the spectrum. Michelle Bachmann qualifies as someone of far right leanings and while she dropped out early in the race, she did make a bit of a splash in the opening months of the contest.

These remaining men of the right call themselves conservatives, and in some cases further delineate the description as social conservatives. The definitions of conservative, along with the political counterpoint of liberal, have morphed to such a degree that they barely resemble the words any longer. In point of fact, I believe I can make the case that the aforementioned GOP candidates for President are not conservatives, social or otherwise, but rather extremists of a radical nature.

A conservative is someone who relishes stability and tradition, someone who is reluctant to change, cautious and wary of intervention. Politically, the conservatives typically prefer as little government as possible, low taxation and a maximum amount of liberty. With that traditional definition in mind, let’s have a look at how conservative our conservative candidates are. The Thanksgiving Family Forum in Iowa didn’t get much press coverage, but the candidates got to express their views and beliefs on what’s best for America, and what they would do as President. 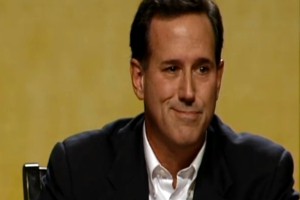 This is a very interesting point of view because Islam is also God’s law according to Muslims. In fact, the Koran is the final word of God to the people of Earth and so supersedes the previous Word of God in the Old Testament and the New. So where Santorum states that our civil laws need to comport with God’s law, he is taking the exact position the Muslims take (and the same God), he’s just using a different book to determine which are truly God’s laws.

Here again, Santorum refers to God’s law to determine what is moral, and that our laws can’t be neutral on the moral issues. He indicates that gay marriage is wrong and then adds that:

Newt Gingrich went after the Legislative Branch of government, which he has done before by stating that

as President, he would ignore the Supreme Court when he thought they were wrong. Newt has a tendency to lecture and he did here as well by explaining how he would end abortion rights and same-sex marriage legislatively, thereby blocking the court from being able to even weigh in on the issues.

Gingrich went on about the court system by stating that as President, he would move to abolish Federal Courts that rule in a manner he finds disagreeable, or “ruthlessly anti-American.” Rick Santorum liked this idea so much he jumped in and stated he’d go further than Newt and “abolish the entire Ninth Circuit.” Gingrich then finished off by adding that the reason he’d abolish courts he didn’t agree with was to show a message to other judges that:

You’ll notice that Mitt Romney, winner of both the Iowa Caucus and the New Hampshire Primary, was not mentioned in my essay thus far. This is because Mitt chose not to attend the Thanksgiving Family Forum as he is a Mormon, and thus concerned he might be the wrong type of Christian in the eyes of Citizen Link and The Family Forum who sponsored the event.

In the three candidates I feature here, Rick Perry, Rick Santorum and Newt Gingrich, we have three self-professed conservatives who would like to lead the United States of America as President. Santorum and Gingrich are both Catholic, Newt recently so, and Rick Perry is of the Evangelical Methodist stripe. They would either seek to impose Christian values, the laws of Yahweh the Biblical God, and/or change the structure of the branches of the US Government so as to lessen the impact of the Judicial Branch. Santorum would exercise Executive Trump Card rights over the states when they deviated from the basic fundamental laws, which he states are the Biblical laws of Yahweh. Perry has already shown how we would lead as Governor of Texas, where he established an official day to Pray for Rain, and hosted a prayer rally at Reliant Stadium in Houston called The Response.

The United States Constitution mentions religion only twice, and both times as a prohibition:

“Congress shall make no law respecting an establishment of religion, or prohibiting the free exercise thereof…”

“…no religious test shall ever be required as a qualification to any office or public trust under the United States.”

That’s it. No mention of God, Jesus, Christianity, Judaism, or any reference to the Bible. To further make the point I’ll add that Thomas Jefferson famously wrote to the Baptists of Danbury, CT that the Constitution would build a “….wall of separation between Church and State.” For more on the topic of whether or not the United States is a “Christian Nation,” I refer you to an essay I wrote on the subject.

The three branches of government were designed to prevent too much power and control from falling into one person’s or one group’s hands. Each branch is restrained by the other two in several ways. The Supreme Court checks and balances Congress by reviewing any law they pass to ensure it is not unconstitutional.

Before opining on the conservative credentials of these men, let’s look at what a radical extremist is. A radical is someone who favors major changes, political, social and/or economic, and would prefer these changes to be of a sweeping nature. An extremist is an advocate of extreme doctrines or practices.

Rick Santorum would establish Biblical Law, specifically Jewish and Christian law, as the basis for civil law in the United States and that is hardly a traditional position, but in fact would be directly contrary to the US Constitution. He would also abolish an entire circuit of the Federal Judicial System because he didn’t like the rulings emanating from it.

Rick Perry was not as specific as Santorum, but did suggest that only the Lord Jesus Christ could fill the hole in every person’s soul and has displayed his penchant for governing as a Christian in Texas. He also stated that Christian values would decide what the President would work on and what the Congress would vote on, both in direct violation of the First Amendment of the Constitution.

Newt Gingrich would violate the checks and balances of the three branches of government by shutting down courts that he felt violated the will of the American people. He did not expand on how he’d know the will of the people.

I submit to you, Dear Reader, that these men are not seeking to restore and maintain the traditional underpinnings of the US Government but are instead seeking radical departure from our centuries-old system of governing. They seek to establish what is essentially a Christian theocracy in the United States, in direct violation of the Constitution, and to broaden the power of the Executive Branch over the Judiciary, to prevent them from doing their job of upholding the constitutionality of laws passed by the Legislative Branch and signed into law by the President. These are clearly major changes to the American system of governing, broad in their scope and sweeping in their impact. These three men are extreme in their positions and radical in their approach, thereby negating any possibility of a conservative label, moving them off the far right of the political spectrum and casting them instead as radical extremists. 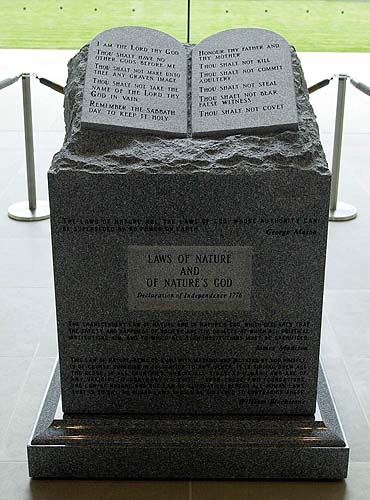