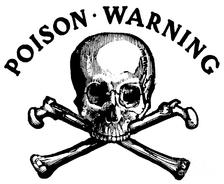 I’m guilty of a bit of nostalgic romanticizing about all manner of things. Easily influenced by culture, imagery and the passions of those I admire, I can easily pick up a stylistic twist or a favorite habit of another and take it for a spin. I typically regress to the mean until something else catches my eye and I proceed accordingly, sometimes from one extreme to another.

“Hey, come on try a little,  Nothing is forever,  There’s got to be something better than,  In the middle.”

I once went three straight years without a drop of alcohol, for no particular reason. Not long ago, I picked up a glass of a favorite blended scotch and before long, I was having regular cocktail hours. I dabbled a bit in sampling and collecting single malt scotch whisky (as a hobby this can be a very expensive one) and purchased Glencairn Crystal glasses, hand wrapped in a delicate linen so that mine were the first human hands to ever touch the smooth, glassy surface. I added a touch of dark chocolate here, a sip of espresso there. I felt very worldly.

Recently I began to notice that my now daily cocktails had seemed to obscure the abdominal muscle I had worked so long and hard to expose, and it occurred to me that continuing this ritualistic boozing would soon bring me to the unfortunate position of regretting past indulgences. I’m sure you’ve been there: “Why did I do all of that for quite so long?” However, being as enamored as I am with being a whisky drinker, I decided it might be worth researching the impact of my consumption to ensure I wasn’t unduly blaming Mr. Walker, when perhaps some other culinary pleasure was creating the plumpness which can only be called pleasant to soothe one’s guilty conscience. Sadly, what my research has shown is much worse than merely the end result of a surplus of calories.

Once the booze of your choice is ingested, the human body begins the arduous process of trying to rid itself of it. It does this by metabolizing the smokey deliciousness of a glass of Black Label into a rather nasty sounding chemical called “acetaldehyde.” It then has more work to do to metabolize this toxic substance into something less toxic that it can then convert to carbon dioxide and water and finally excrete the whole mess before it does any further damage. It’s actually quite a bit more complicated than that, with enzymes and genetic responses and such, but I think you’ll see that even the basics are fairly alarming.

This acetaldehyde that is now churning and flowing around in our bodies is a known carcinogen, or cancer causing agent. It is also found coming out of the exhaust pipe of your car, a result of the combustion process in the engine. It is a known irritant of the skin, eyes, mucous membranes, throat, and respiratory tract. Prolonged exposure to this substance may also cause severe damage to the mouth, throat, and stomach; accumulation of fluid in the lungs, chronic respiratory disease, kidney and liver damage, throat irritation, dizziness, reddening, and swelling of the skin. Oh my! Much to my chagrin, it gets even worse. This dastardly byproduct of my romantic 5:00 PM glass of fermented and aged grains and malts is toxic to the liver and deranges the actual DNA transcription of several genes, which leads to fat accumulation ( I knew it!) and the development of fibrous tissues. As a kicker, it also forms DNA adducts that are prone to mutation, and it interferes with synthesis and repair of DNA. If all of this hasn’t raised the alarm, I’ll make it more clear: acetaldehyde is the most abundant carcinogen in cigarette smoke. To compound matters further, some people don’t produce the enzyme needed for the body to convert the cancerous acetaldehyde into the harmless acetic acid, dramatically increasing cancer risk at several spots in the body.

A little vanity is clearly good, as my desire to retain some semblance of a chiseled physique led me down the path of discovery that just may have averted the ultimate regret: “Why did I do that to myself?”

← There’s still a chasm to cross
Our Rights →