Ain’t Nobody Got to Get Saved

At a NC rally for Donald Trump, Pastor Mark Burns was asked to warm up the crowd for the headliner. The good Pastor did his best to pump up for the Trump, but he also took advantage of the opportunity to have a microphone and a captive audience to comment on one of the Democratic candidates for President’s religiosity. Burns told the crowd that “Bernie Sanders, who doesn’t believe in God, how in the world we going to let Bernie… I mean, really? Listen, Bernie’s got to get saved, Bernie’s got to meet Jesus, I don’t know… He’s got to have a coming to Jesus meeting.” 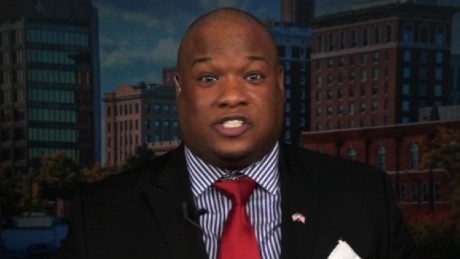 It comes as no surprise to me that someone who makes a living as a parody of a shouting snake oil salesman should have such little decorum. Senator Sanders, who is Jewish,  has lived the entirety of his seven decades in the United States, so he has probably heard of Jesus. As a reasonably intelligent man, he could probably be assumed to have considered the Christian position and felt it one not worth pursuing. To suggest otherwise is insulting and demeaning, but that’s not what Burns is really after.  He wants to cast Bernie as an atheist, because poll after poll shows that Americans just won’t let an atheist lead the nation. The thought is so ghastly, Burns couldn’t even bear to conclude it.

If Mr. Burns was an honest man, and felt compelled for some reason to talk about religion at a political rally, he would tell everyone the truth: Bernie’s right. “I think everyone believes in God in their own ways,” is Bernie’s position on The Almighty. Considering that 67% of the world’s people haven’t followed Burns’ lead and felt the need to be “saved,” and that even Christians have thousands of denominations, each with their own twist on the “faith,” Bernie’s statement is arguably not far from the mark. Even atheists can be said to believe in their own way, i.e. they believe that God, and gods in general, probably don’t exist.

Mr. Burns would also have to admit that being an American means accepting that there is no religious test for public office. It’s right in the damned Constitution!

The Senators and Representatives before mentioned, and the Members of the several State Legislatures, and all executive and judicial Officers, both of the United States and of the several States, shall be bound by Oath or Affirmation, to support this Constitution; but no religious Test shall ever be required as a Qualification to any Office or public Trust under the United States.

So Pastor Mark Burns was well out of his element at this rally and fumbled the ball in an embarrassing way. My parting message to Mr. Burns is that his concept of the need for salvation is a despicable one, and has caused the mental and emotional suffering of millions for centuries. The Christian doctrine of Original Sin is false. It is nothing more than a fabrication. Vicarious redemption is immoral and unethical, not to mention nonsensical. Neither is there anything Jesus need save anyone from, nor could he even if there were. The idea that the torture and murder of an innocent pays the debts of another is twisted, both logically and morally. There is no Hell Mr. Burns, and if you disagree, just prove me wrong. I know you’ll say it’s faith, and that I’ll see after I die. Well, the Muslims think you’re headed to Hell too sir, and I’m guessing you aren’t losing much sleep over the prospect that they’re correct. I’m happy to report that I also sleep quite well when I consider whether you might be correct.